Amazon Inventory Management: What To Do When Running Low On Inventory? [Case Study]

Going Out of Stock vs. Increasing Prices:

There are always rumors going around among Amazon sellers that after a product goes out of stock, its rankings for the most important keywords drop and the product ranks considerably lower than before it went out of stock.

That’s the reasoning behind the strategic management move to increase the price of a product on Amazon when inventory is low – in order to slow down sales and ‘postpone’ going out of stock, or at least hold onto what’s left of inventory until the next shipment arrives. In this case, the seller is hoping that by raising prices, the product won’t go out of stock and its rankings won’t plummet as a result.

In this case study, we worked with a seller on Amazon during a real out of stock situation and examined whether a price increase was actually better for rankings than to go out of stock.

Amazon Inventory Management: Which Options Do I Have When A Product is Almost Out of Stock?

It can happen to any seller on Amazon: A product is almost sold out and the next shipment won’t arrive in time. There could be a number of reasons for going out of stock: The shipment was delayed, you’ve sold more than expected, or you forgot to place a new order in time.

If you’re low on inventory and it looks like stock levels won’t hold out until the next shipment arrives, then as a seller on Amazon you have the following two inventory management options:

Our Case Study: What’s Better for Rankings on Amazon? Going Out of Stock or Increasing Prices to Retain Inventory?

This inventory management case study was done with a real product on Amazon. The interesting part is that the seller first raised prices in order to retain what little inventory was left, but then – after very drastic increases in price – ended up eventually going out of stock anyway. This actually was a very good way to let us compare the effects of price increases with the effects of going out of stock.

Here’s the timeline development of how the seller first increased the price but ran out of stock eventually:

The graph below shows an overview of the timeline for this Amazon inventory management case study:

We’ll cover in detail below the effects of individual reactions to the product’s ranking and performance. And based upon this, we also offer a recommended course of action if you find yourself in a situation where your product will soon go out of stock.

How Does a Price Increase Affect the Ranking of Your Product on Amazon?

In order to postpone going out of stock, the price of the product was gradually increased over the course of approximately 4 weeks. It started at €19.90, was increased to €24.90, then €29.90 and finally to €49.90. The rankings of the top 3 keywords and the performance figures developed in the following way:

The rankings of the top keywords also drop due to the price increase; however, the impact on the rankings wasn’t as drastic as the performance figures. The first price increase didn’t have any significant impact on rankings that can be seen.

Inventory Management: How Does Going Out of Stock Affect Rankings on Amazon?

Despite increasing the price successively, the product in this case study finally went out of stock; It disappeared from search results on Amazon. After about 3.5 weeks, the product was re-stocked and ‘active’ again to the tune of €24.99. The following table depicts how rankings looked directly after re-stocking as well as 7 days later.

You can see that rankings had dropped overall directly after re-stocking the product on Amazon. But it’s also evident, however, that the change in keyword rankings differs greatly for each individual keyword. While keyword A actually improved slightly, keyword B dropped slightly and keyword C considerably.

Seven days after the product was in stock again, rankings on the whole for those keywords had already improved significantly. The keyword rankings were again on a similar level to where they were before going out of stock, and had even slightly improved.

What exactly caused this? In the 7 days after being actively listed again, sales were boosted relatively quickly. Sponsored Products were especially helpful in this case (82% of sales were generated by Sponsored Products). When you look at the data in this case, then it’s apparent that only a handful of sales after re-stocking will be enough to make Amazon’s ranking algorithm bring the rankings back up to where they originally were. (See the following graphic.)

Conclusion of the Inventory-related Case Study: It’s Better to Go Out of Stock Than to (Drastically) Raise Prices

The results of this case study present a clear picture:

When you’re low on inventory, the better option seems to be not to raise the prices (or at least just slightly raising them would be okay), but to keep the price stable and let the product go out of stock.

The reason is that the product will quickly regain its previous rankings after re-stocking, as long as sales can be boosted relatively quickly. A significant price increase, however, leads to worsened performance and ensuingly worsened rankings. A slight increase in price could be legitimate as long as the performance of the product doesn’t suffer greatly. This will only prolong going out of stock for a little longer, however, because the product will still continue to be sold.

It’s certainly not insignificant in this case that the use of Sponsored Products helped to quickly bolster sales and stabilize rankings after re-stocking. Running Amazon PPC campaigns for a product that has just been re-stocked is a must.

Rankings fell relatively heavily due to increasing prices. It’s questionable whether the rankings could have been restored within a few days if the price were lowered later (than we had in this Amazon inventory management case study, such as 7 days or 7 days after re-stocking). The reason behind this is that a history of poor product performance was built up due to the price increase, and that poor performance history didn’t correspond to the product’s regular performance.

Even if the product hadn’t gone out of stock and if the price of the product had been lowered directly after re-stocking, the ranking algorithm was still pulling data from the last few days. It’s very plausible that in this scenario, rankings would have recovered more slowly (even with the use of Sponsored Products) – because the ranking algorithm is still considering the previous poor performance. Unfortunately, this scenario couldn’t be tested, which is why we’re only left to speculate.

The disadvantage of a case study is always, of course, that differing results could arise under different conditions / parameters. Here are a few points that should therefore also be considered or possibly even tested:

Have you been in a similar situation selling on Amazon, where your product has gone out of stock or you’ve raised prices to postpone going out of stock? We’d love to hear your story – drop a comment below!

Note: The results of this case study were ascertained from thorough evaluation. Nevertheless, we can’t make assumptions about other cases based upon this concrete one; We cannot make a binding statement on the validity of these results presented and ensuing conclusions.

27 Essential Rules to Rank Your Product on Amazon 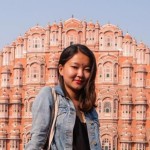