The latest two updates to the Amazon Review Policy are a response to growing unrest over fake and paid-for reviews. A study released recently by ReviewMeta (we’ll examine that more closely below) was likely the tipping point for Amazon to finally take action against the manipulation of reviews.

To post Customer Reviews or Customer Answers, post on Customer Discussion Forums, or submit content to followers, you must have spent at least $50 on Amazon.com using a valid credit or debit card. Prime subscriptions and promotional discounts don’t qualify towards the $50 minimum. You do not need to meet this requirement to post Customer Questions, create or modify Profile pages, Lists, or Registries, or to read content posted by other customers.

Important: A customer does not have to spend at least $50 on one item to review it; neither in one single transaction. The minimum spend amount applies to the entire purchase history of the Amazon account!

In our opinion, the updated policy specifically targets fake Amazon accounts. The $50 minimum overall spend (using a credit card or debit card) makes it considerably more difficult to create a couple fake accounts on Amazon in order to review one’s own product or leave negative reviews on other products. Every single account must have purchased at least $50 worth of items on Amazon in order to ‘activate’ it for writing product reviews.

It’s interesting to note that this same kind of financial requirement for Amazon product reviews was already introduced in July, however with a minimum of $5. Clearly that low minimum of $5 didn’t bring about the effect Amazon wanted. Raising the minimum total spend up to $50 is most likely a compromise between a sum large enough to signify a ‘real’ Amazon customer without actually affecting or limiting a real customer. It seems quite likely that the majority of organic reviews on Amazon were left by users that had spent $50 anyway.

In their statement released yesterday, Amazon says that incentivized reviews are now strictly prohibited. Reviews written in exchange for free or discounted products are now only allowed through the Amazon Vine program, which is available to vendors. Sellers wanting to enjoy Vine-like benefits have in the past used review clubs to get honest and unbiased reviews from Amazon shoppers in exchange for a discounted (or in rare cases, free) product. This was always disclosed in the review, phrased something like ‘I was given this product for an unbiased, honest review’.

The problem is, however, that ReviewMeta’s study proved that there is indeed a (positive) bias from product testers when they leave reviews.

Why Is Amazon Prohibiting Reviews From Product Testers?

From Amazon’s point of view, there are two reasons why incentivized reviews would understandably be prohibited:

As a result, reviews on Amazon have lost credibility recently, as reported on The Consumerist. With this latest ban on incentivized reviews, Amazon would like to make certain that its customers’ shopping experience isn’t affected and that customers’ trust in both product reviews and Amazon as a platform aren’t lost.

Number of incentivized reviews have increased significantly in the last months

Since 2015 there has been a strong increase in reviews written in the context of ‘product testing’. As one can see in the chart above from ReviewMeta depicting newly submitted reviews, over 50% of recently submitted reviews are now from product testers/reviewers (called ‘incentivized’ and shown in orange).

As the study clearly depicts, test reviews are on average significantly more positive: While an average normal review is 4.36 stars, incentivized reviewers rated products with an average of 4.74 stars. This difference of slightly more than one-third of a star might not seem large at first – but if one considers that products on Amazon generally have a relatively good average rating with ‘only’ 4.4 stars, then it’s clear that an improvement of .38 star can easily make the difference between an average product and a product with a top rating.

How Does the New Amazon Review Policy Affect the Use of Review Clubs?

The use of review clubs as such is strictly prohibited by the new Amazon review policy update. What many of these former ‘review clubs’ are morphing into is more along the lines of a deal site, where sellers can boost sales with discounts, but not get reviews in exchange.

It’s unclear whether customers can still leave a review for a product purchased at discount. Furthermore, we suspect that the impact on a product’s Best Seller Rank due to promotions and discounts will soon be given less weight in the ranking calculation.

Will International Amazon Markets Be Affected By the Updated Amazon Review Policy?

Not yet. Right now, the latest update only applies to Amazon.com. Based upon our experience, however, we think it’s only a matter of time before these new review guidelines roll out in Amazon’s global markets as well.

How can a seller boost a new product without incentivized reviews?

Sometimes the best practices for Amazon SEO and Ranking Optimization just aren’t enough to bring your product to the top of the results list. Sellers are basically left with two options:

We have plenty of strategic tips and guides to help you advertize on Amazon – you can read about Amazon PPC here on our blog or check out our YouTube channel for more tutorials and optimization strategies. Make sure to follow us on Twitter and Facebook for the latest posts and case studies! 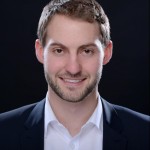 Founder and CEO of Sellics